Back Get in touch

Infrabel — When I grow up, I'll be an electrical designer!

A branded card game for children

Infrabel has been a loyal client of Cartoonbase for several years. The company usually calls on our agency for the production of explanatory videos for internal distribution. This time, Infrabel came with a special request: the organisation wanted to familiarise the public from an early age with the range of jobs it has to offer.

The SNCB is well known to the Belgian public, largely because its name appears in every train station, on every train, and on every train ticket in the country. But very few people know that the railway infrastructure is actually managed by the 9 533 employees of Infrabel. Understandably, Infrabel wanted to remedy this lack of visibility. But with a solution that we found very imaginative: by addressing tomorrow’s users directly: the children. To reach a public aged 6 to 12 years in a playful and educational way, we created a seven families card game on the various career paths available at Infrabel. 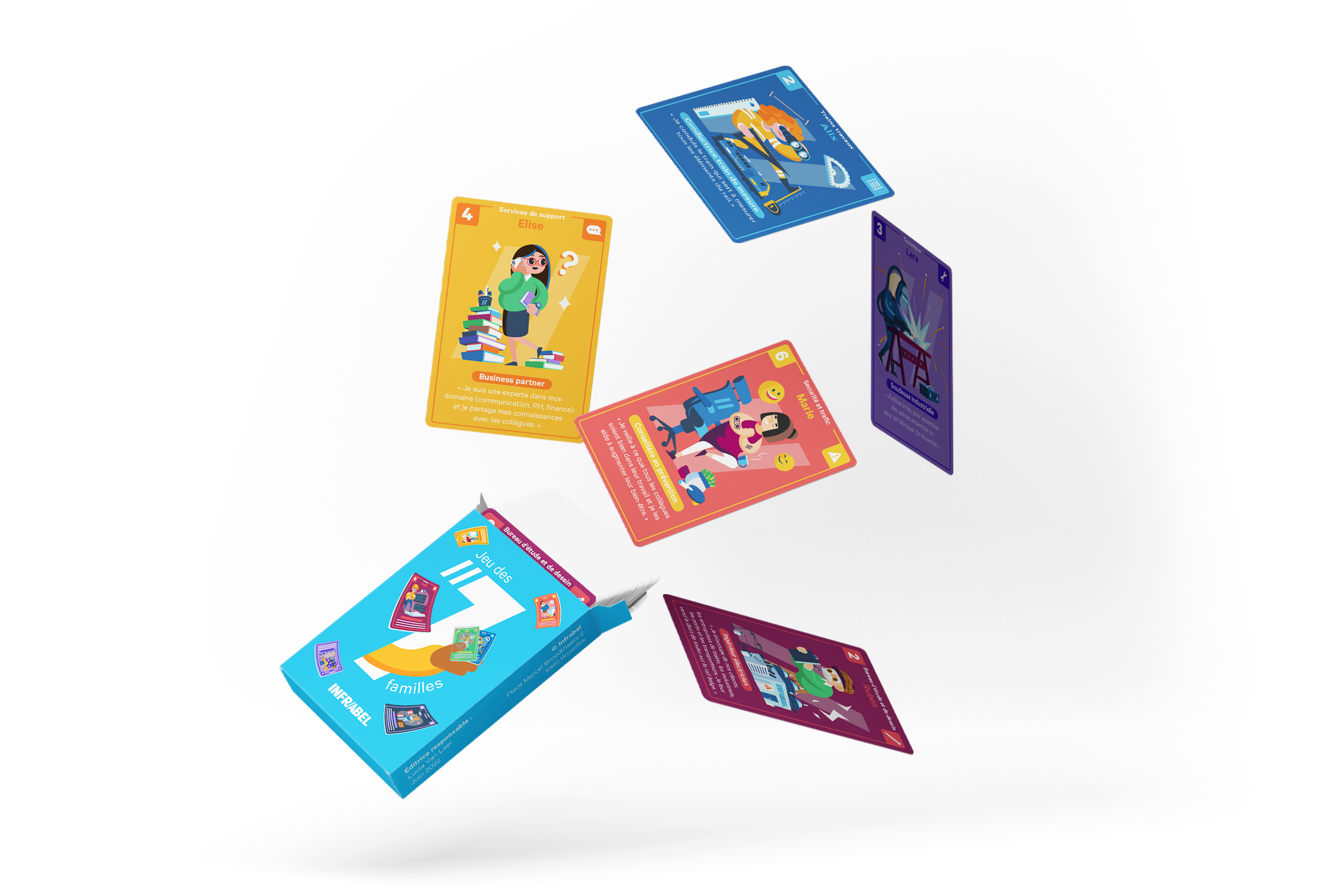 Cartoonbase had previously developed Infrabel’s visual identity using characters from various backgrounds dressed in the colours of the company. But Infrabel wanted to take its commitment towards inclusivity one step further and extend its understanding of diversity to all ages. To appeal to the youngest, we reworked Infrabel’s visual world in a way that evolved the company’s visual identity without losing its essence. 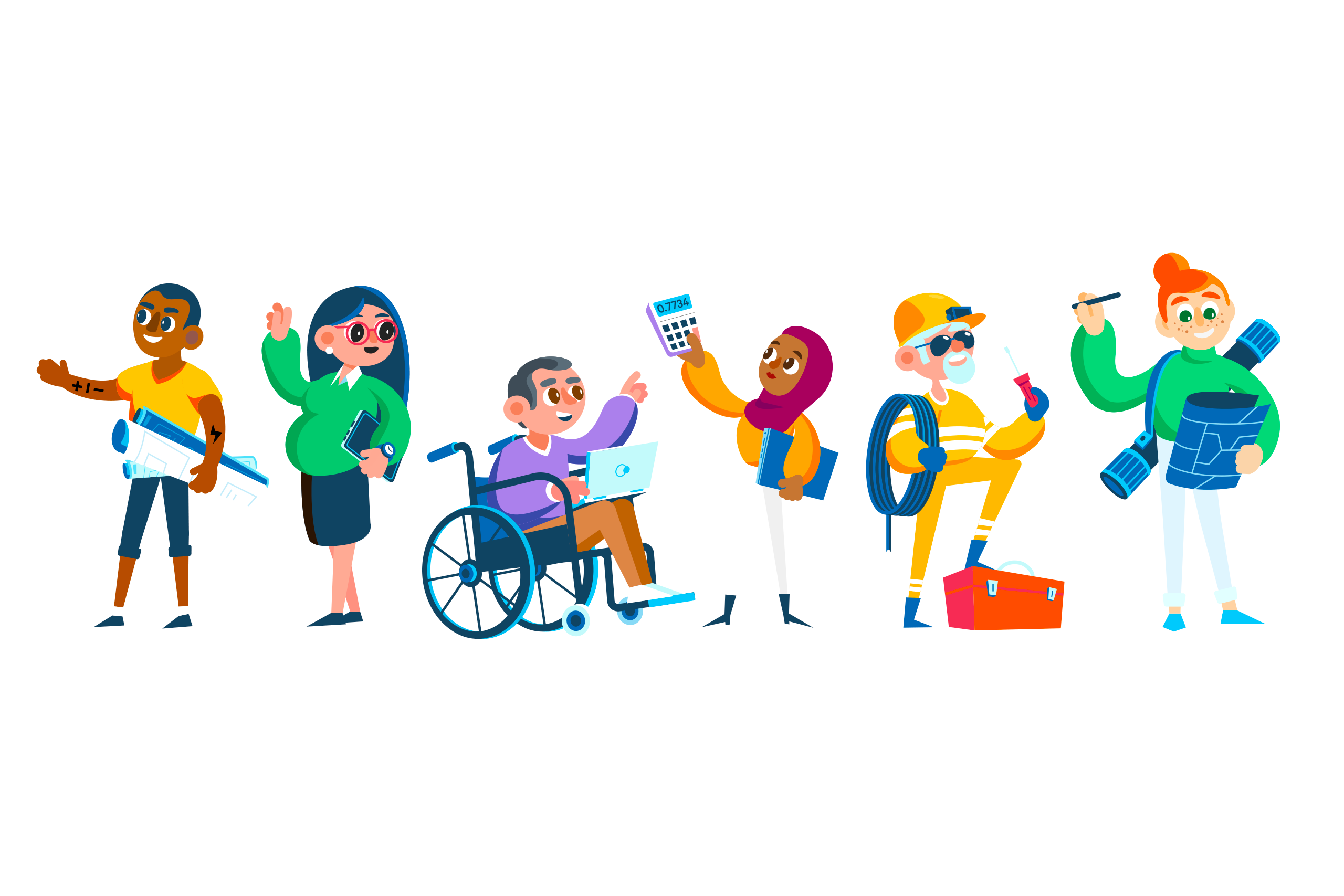 Many different professions are hidden behind the name Infrabel. They can be grouped into seven main families: Technology, Design Office, Support Services, Technical, Works Trains, Safety and Traffic, Administration. Each card offers an illustration and a short description of a profession that belongs to a given family. To learn more about a family, players can watch an explanatory video scanning a QR code. 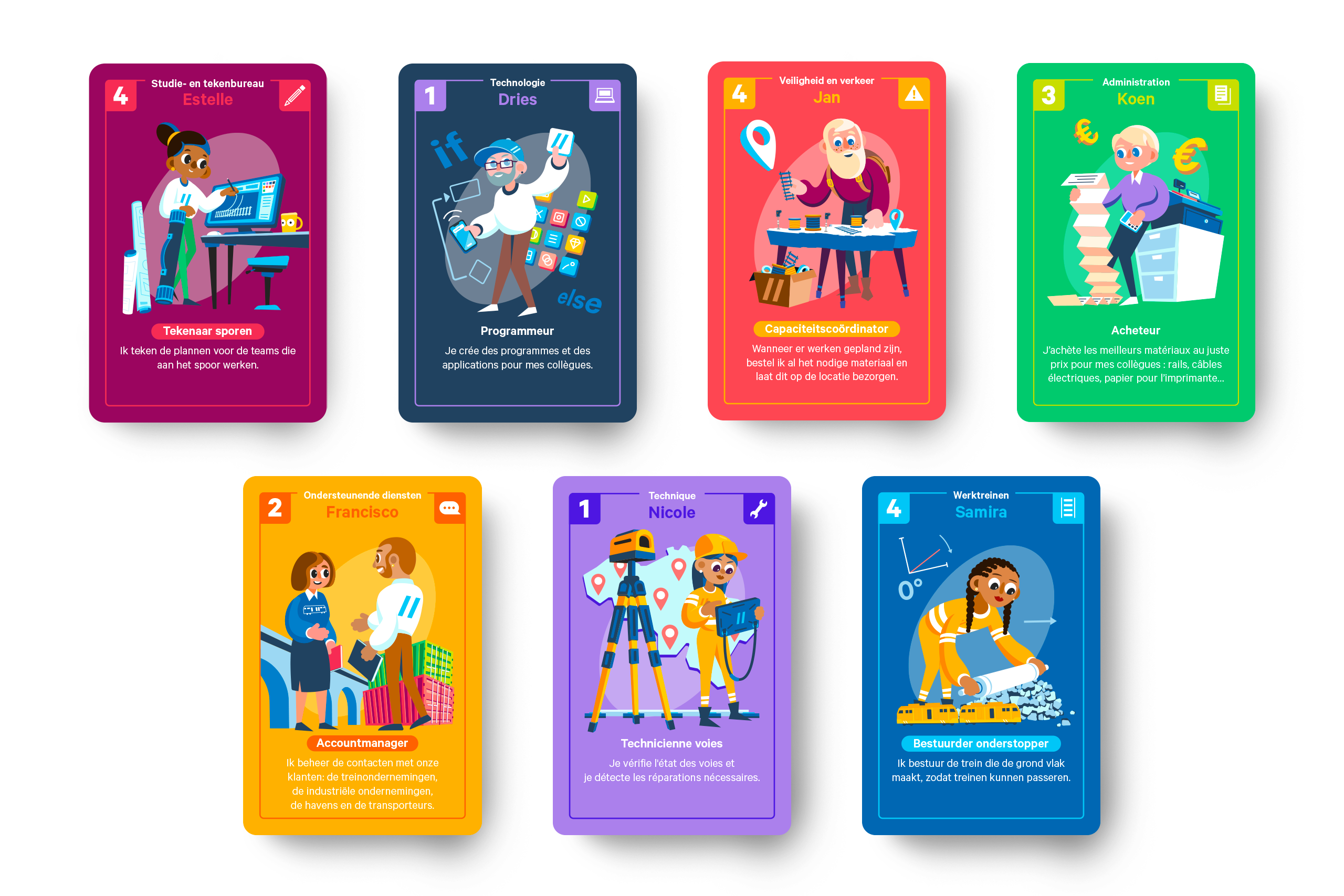 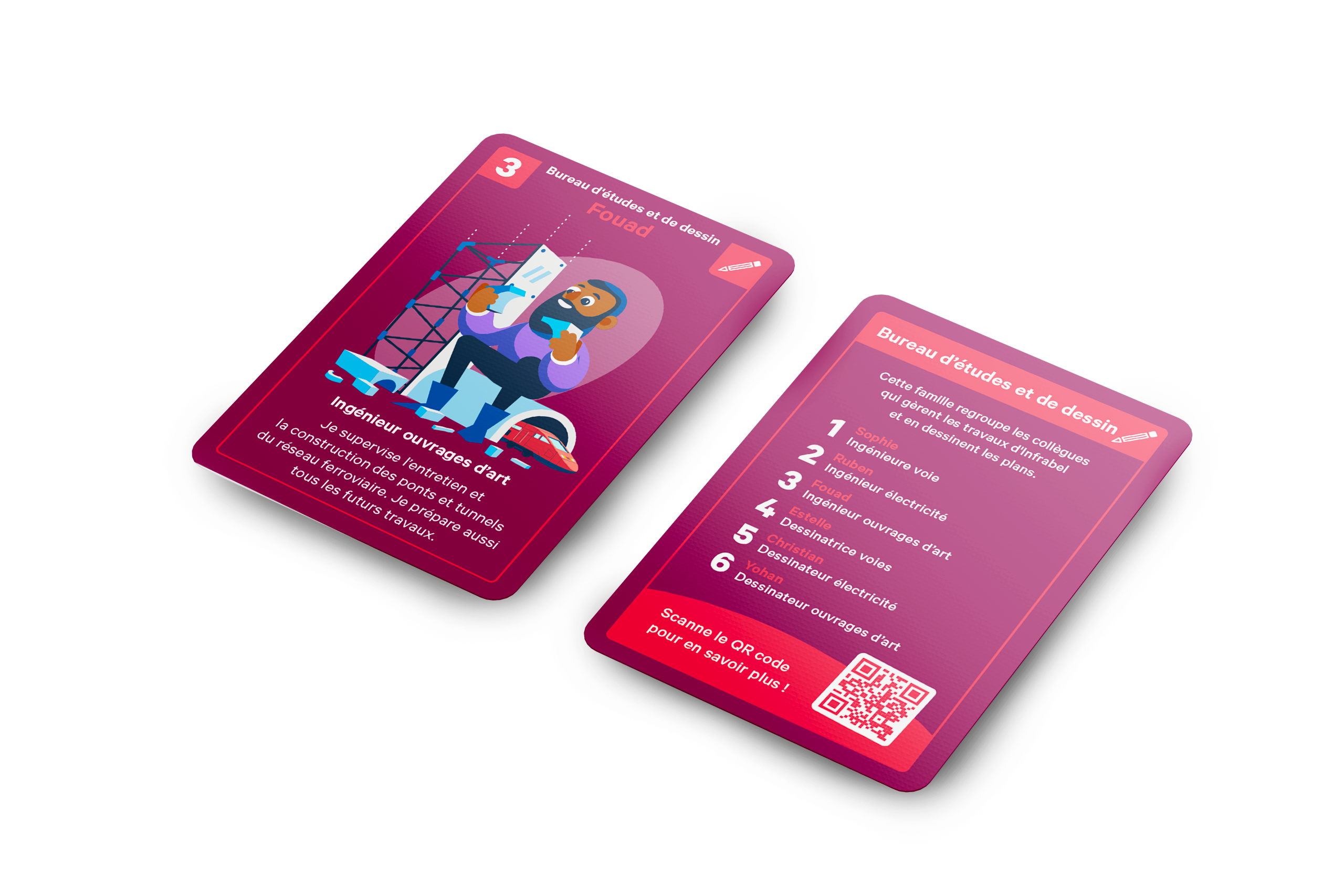 A card game necessarily means a small format. The main challenge faced by our team was to fit an illustration and a series of key description points on each profession into such a limited space. This challenge was further compounded by the fact that the game was to be produced in French and in Dutch. In other words, the space dedicated to the text had to have the right dimensions to accommodate a description in either language. Left in the hands of our enthusiastic team, this double challenge was met with great success. 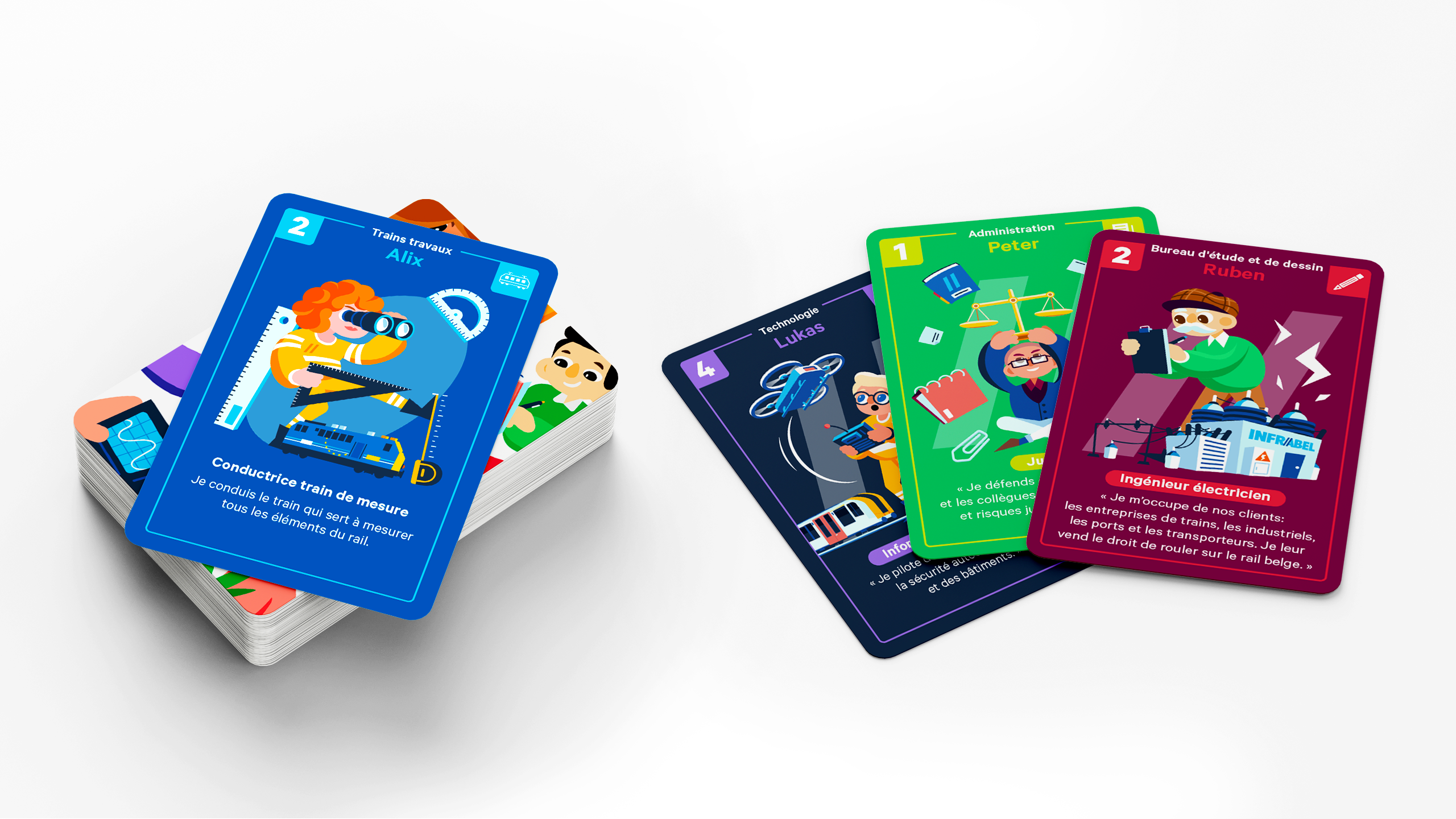 For this project, we reworked Infrabel’s visual identity, designed the card game and produced seven explanatory videos. None of this would have seen the light of day without a thorough understanding of Infrabel’s business. Fortunately, we could rely on a very proactive client project manager at Infrabel to collect the key information that each department wanted to communicate.

This project was an opportunity for us to complete Infrabel’s visual universe. This universe will be included in Infrabel’s centralized library of illustrations and will be used to enrich its future communications.

The card game was so successful that we developed a digital version that parents could print out and play at home. 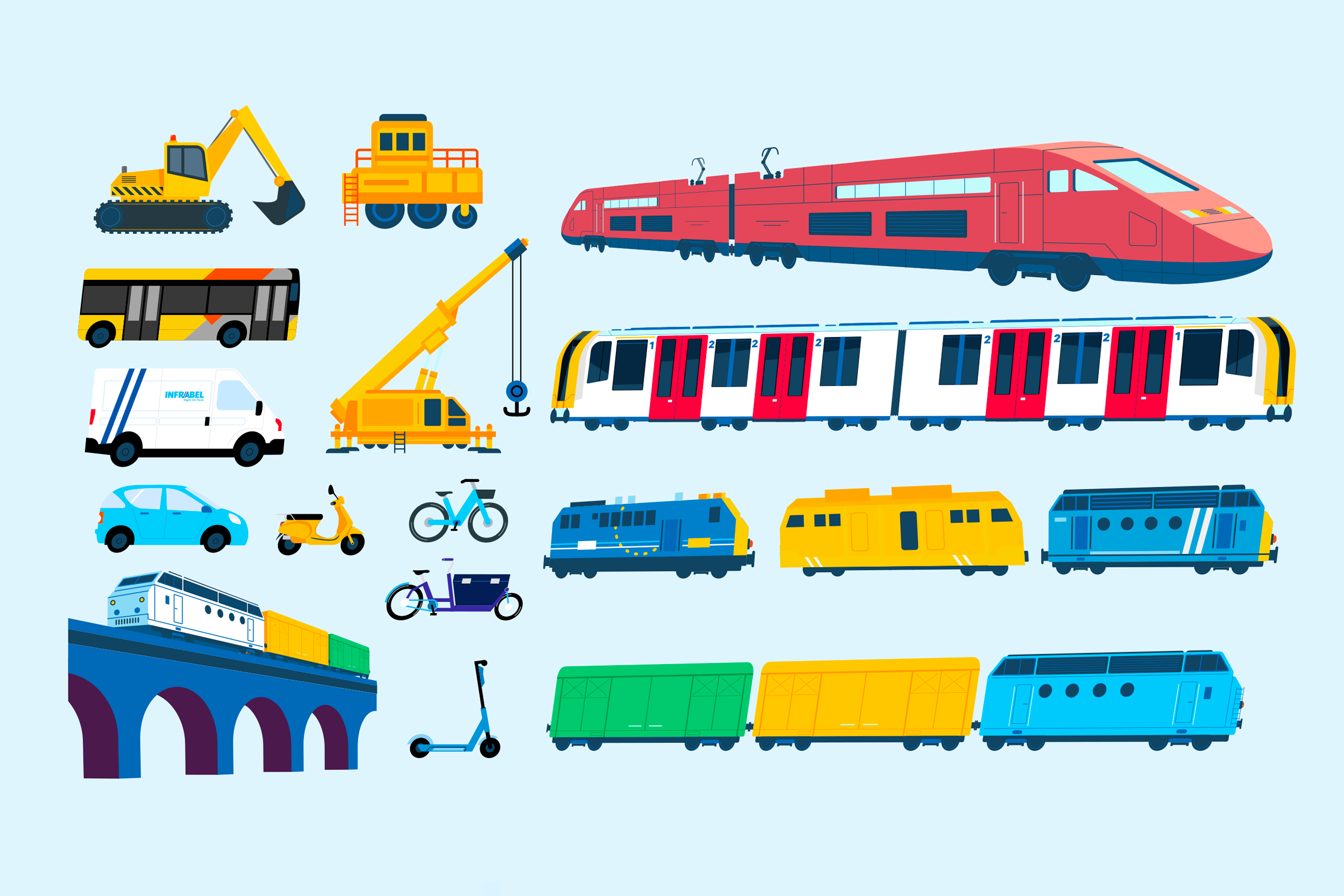 The seven families card game was printed in over 10 000 copies and distributed to teachers and caretakers of children aged 6 to 12. Demand was so great that Infrabel’s stock quickly dried out. A great asset to give children a better understanding of Infrabel’s field of action and to make the company more visible.

The collaboration with Cartoonbase has been very rewarding. Together, we have been able to create a great, fun and colourful project to promote our professions to young people

We’re always open for a chat

, so get in touch to find out how we can help

your brand and business